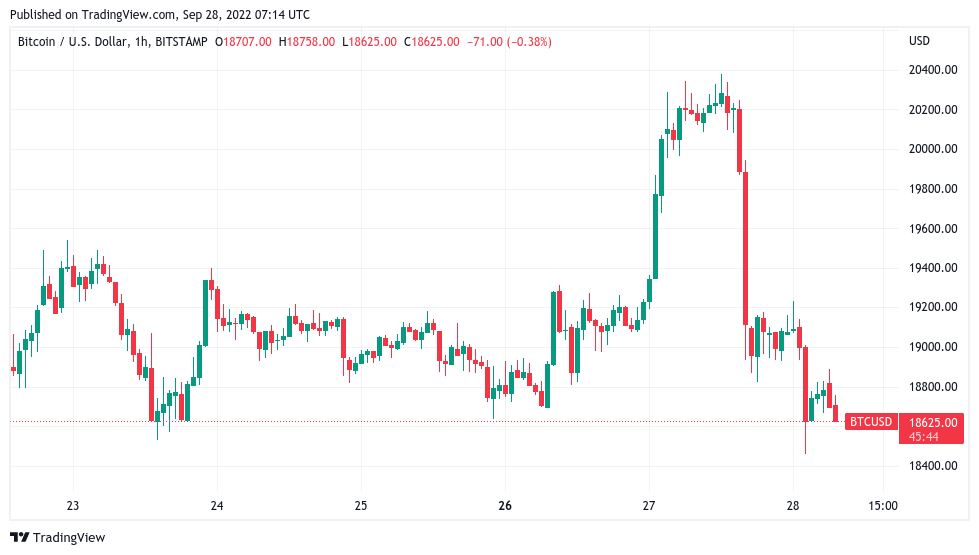 Data from Cointelegraph Markets Pro and TradingView showed BTC/USD falling to $18,461 on Bitstamp, down almost $2,000 versus the previous day’s high.

The change of direction came in lockstep with stocks, which turned red after initially heading marginally higher at the Wall Street open.

Crypto, however, failed to recoup its losses, and while hopes were for Q4 to bring about a more solid recovery, traders were betting on the pain continuing first.

Popular Twitter account Il Capo of Crypto appeared to confirm that he favored October copying last year’s performance — something which earned it the nickname “Uptober.”

In comments, he added that he was “expecting bullish Q4. But first new lows.”

“Already a sharp BTC rejection at the green ~$19800 level,” he wrote in a tweet about the upcoming monthly candle close:

“Continued see-sawing in and around this level is to be expected as $BTC approaches its Monthly Close. Most important will be how the Monthly Candle actually closes relative to the green Range Low.” 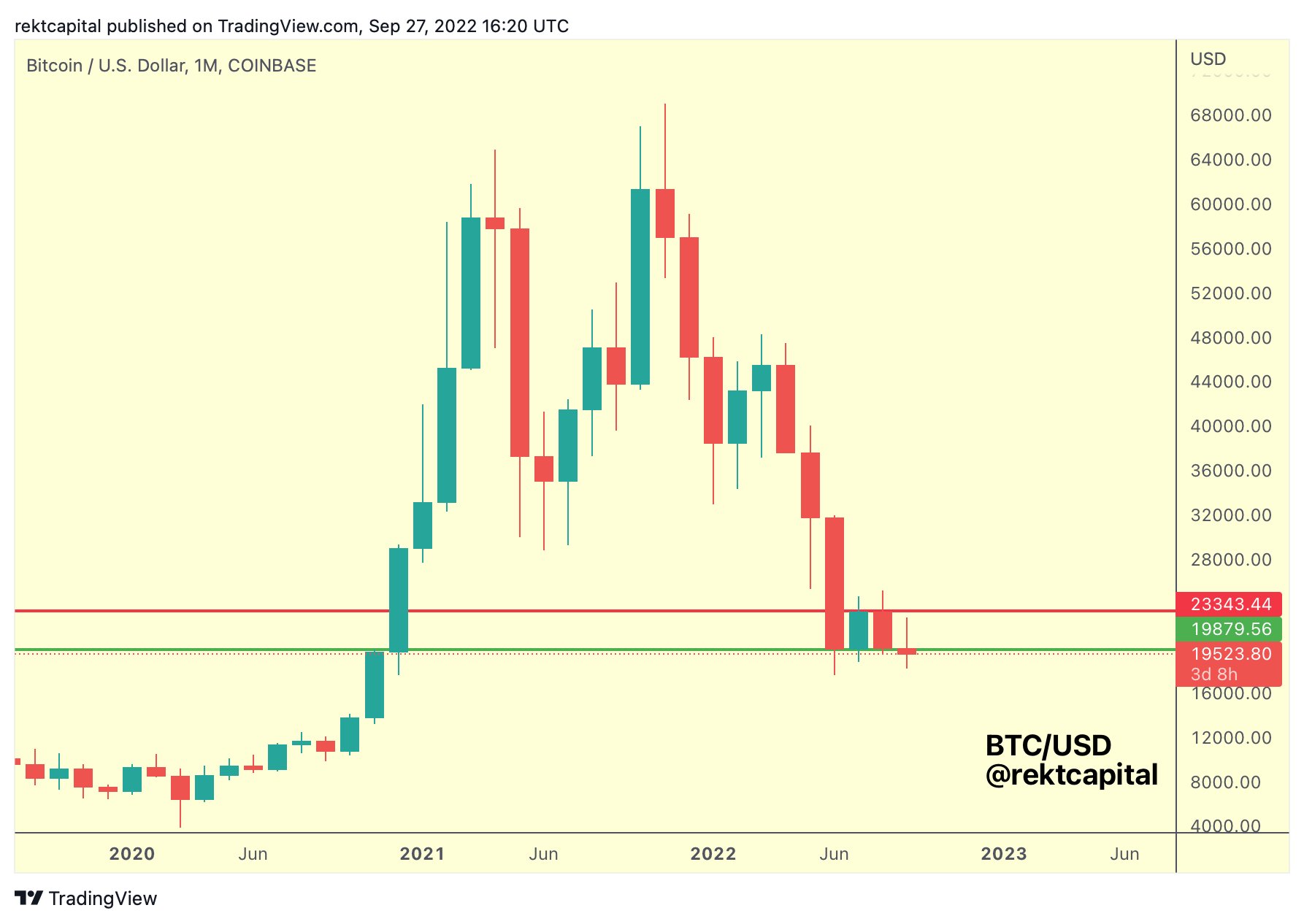 Rekt Capital added that a close below that green line would mean an exit from the monthly range in place since late 2020.

Betting on bears bowing out

Discussing when the bear market of 2022 could end, opinions differed over the use of data from previous halving cycles.

Uploading a comparative chart, Luke Martin, host of the STACKS Podcast, noted that it had been 322 days since Bitcoin’s last all-time high of $69,000.

After the 2017 prior all-time high, BTC/USD spent 364 days in a bear market, suggesting that the end could be due if history were to repeat itself.

Others were less convinced, with tedtalksmacro drawing attention to the fact that the macro environment was nothing like it was in 2018, something Martin acknowledged.

As Cointelegraph reported, the United States Federal Reserve has given no commitment to halting the interest rate hikes pressuring risk assets, including crypto, this year.

The views and opinions expressed here are solely those of the author and do not necessarily reflect the views of Cointelegraph.com. Every investment and trading move involves risk, you should conduct your own research when making a decision.

What is necessary for Web3 to fully replace Web2?
BIS marks CBDC pilot as 'successful' with $22M tra...