Data from Cointelegraph Markets Pro and TradingView followed BTC/USD as bulls bought time between $16,800 and $17,000.

Analysts had earmarked the former as a key level to retain, this nonetheless in question at the time of writing as stocks shed 1% to start the session.

Popular crypto analytics account Nunya Bizniz queried whether it was time for a “decision” on S&P 500 performance, eyeing a pattern which suggested a local top may soon appear.

Should that be the case, Bitcoin’s correlation to traditional risk assets would be tested, this having ebbed in the wake of the FTX meltdown. 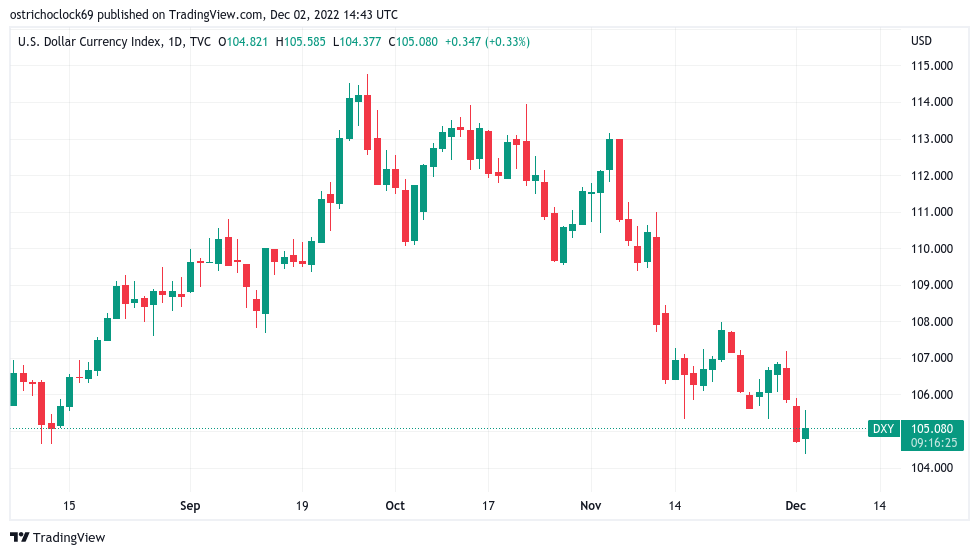 How smart contracts can improve efficiency in healthcare

From insurance to telehealth, smart contracts are finding use cases across the healthcare industry.

Ankr protocol announced that it will be reissuing aBNBc tokens, promising that it will assess the situation and compensate affected users.

The multi-week ApeCoin (APE) market rally is nearing exhaustion owing to a mix of technical and fundamental factors.

The APE/USD rebound came in line with similar recovery moves elsewhere in the crypto market. But, it outperformed top assets, including Bitcoin (BTC) and Ether (ETH), as traders pinned their hopes on ApeCoin's staking debut.

The ApeCoin Staking feature will debut on Dec. 5 at apestake.io, according to its developer Horizon Labs. It will allow users to lock their APE holdings into four staking pools — ApeCoin pool, BAYC pool, MAYC pool, and Paired pool — that will allow them to earn yield periodically.

The feature announcement has resulted in a rise in the APE holders' count, according to data tracked by Dune Analytics. Notably, it reached 103,591 on Dec. 2 compared to 94,775 a month ago, which, combined with rising prices, shows an increase in APE's spot demand.

Data from on-chain analytics firm Glassnode shows that seller exhaustion is reaching ideal levels for a BTC price leg up.

Almost one month after the FTX implosion began, Bitcoin investors have either capitulated and sold at a loss or continue to hodl unrealized losses.

As Cointelegraph reported, those losses became significant just days after the event, with over 50% of the BTC supply held in the red.

Now, another on-chain metric is painting a potentially more bullish picture when it comes to hodlers’ loss-making BTC investments. 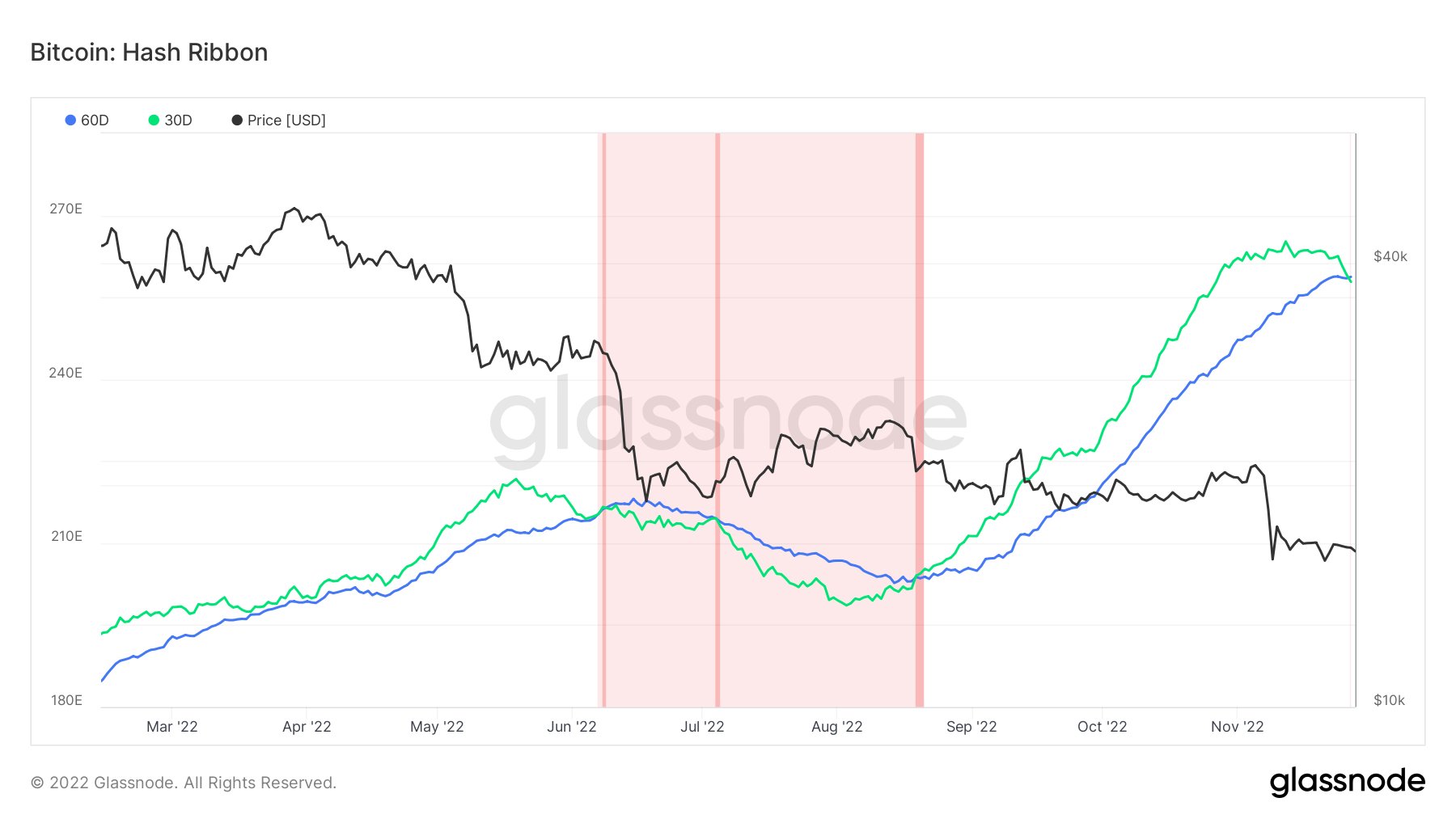 “I thought we already figured this out, algorithmic stablecoins, not the best option,” a community member wrote on Twitter.

Hong Kong central bank executive looked optimistic about the future of decentralized tech, while the Korean central bank governor has his doubts in the wake of the recent crypto contagion.

This AI chatbot is either an exploiter's dream or their nightmare

The crypto community has come across an AI-powered chatbot that can be used to audit smart contracts and expose vulnerabilities.

Trader Joe takes its first step into the Ethereum ecosystem

Despite the new multi-chain vision, the Trader Joe team confirmed that its “true home” and “top priority for all growth efforts” will continue to be on Avalanche.

Disparities in information access and data analytics technology are what give institutional players an edge over regular retail investors in the digital asset space.

The core idea behind Markets Pro, Cointelegraph’s crypto-intelligence platform powered by data analytics firm The Tie, is to equalize the information asymmetries present in the cryptocurrency market.

Markets Pro bridges the gap of these asymmetries with its world-class functionality: the quant-style VORTECS™ Score.

The VORTECS™ Score is an algorithmic comparison of several key market metrics for each coin utilizing years of historical data that assesses whether the outlook for an asset is bullish, bearish or neutral at any given moment based on the historical record of price action.

The VORTECS™ Score is designed to notify traders that something has just happened that — in the past — reliably moved asset prices.

According to the former CEO, at the time of filing for bankruptcy “FTX US was solvent.”

Bitcoin (BTC) has been stuck below the $18,600 resistance for the past 19 days and while bears successfully breached the $16,000 support on Nov. 21, the 8% range is pretty narrow for an asset class with 60% annualized volatility.

This gives investors good reason to doubt that BTC price will hold its current gains leading into the $430 million BTC options expiry on Dec. 2.

Investors are still unsure about whether $15,500 was the Bitcoin bottom and the consequences of the FTX and Alameda Research demise continue to emerge. The latest contagion victim was Auros Global, an algorithmic trading and market-making firm, which missed a repayment on a decentralized finance loan.

Considering these risks, it seems essential that bulls defend $17,000 ahead of the Dec. 2 options expiry. 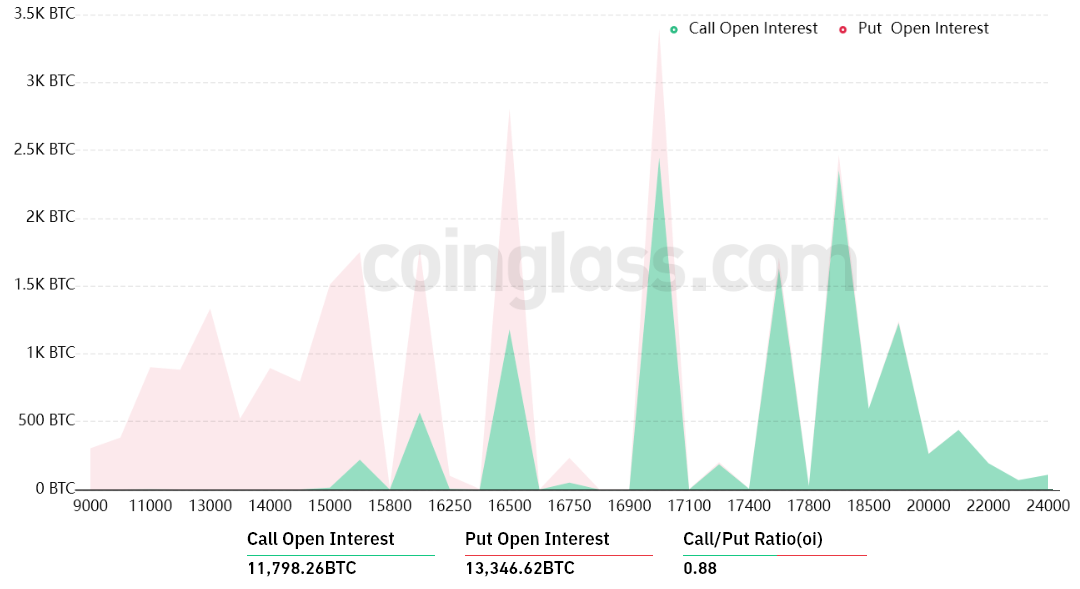 The Solana-based automated market maker Orca opened up fiat purchases and fiat-to-crypto transactions through a new integration with Stripe’s onramp.

The price of GMX rallied to its second-highest level in history on Dec. 1 as traders assessed the decentralized exchange's ability to evolve as a serious competitor to its top rival Uniswap (UNI).

GMX established an intraday high of $54.50 in a recovery that started on Nov. 29 from $40.50. Its rally's beginning coincided with crypto research firm Delphi Digital's tweet on the GMX decentralized exchange, as shown below.

GMX beats Uniswap in fees for the first time

This seemingly renewed buying sentiment in the GMX market, helping its price rally 35% to $54.50 afterward.

Moreover, GMX also benefited from the growing discontent against centralized exchanges in the wake of the FTX collapse. The decentralized exchange's revenue rose by 107% to $5 million in November, boosted by a 128% increase in annualized trading volume and a 31% rise in daily active users. 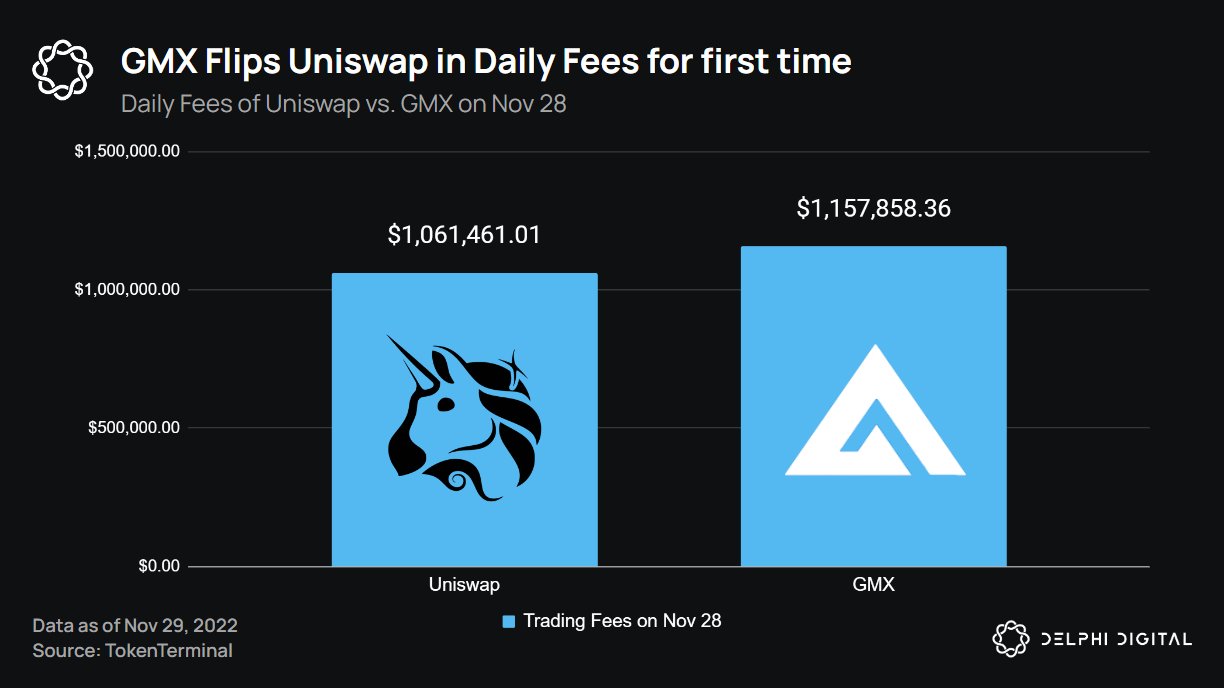 Socios boss’ goal? To knock crypto out of the park

What is a sports fan’s dream come true? To be the announcer at an AC Milan home game, in front of 75,000 roaring Rossoneri fans?

To play a football match on the hallowed turf of your beloved FC Barcelona?

To tour the garage of an F1 team pre-race, then watch the Monza Grand Prix from a VIP box?

These are some of the biggest rewards handed out as incentives to join Chiliz, or CHZ-based, fan token schemes on Socios.com. There are also lesser, but still desirable prizes, like meeting your sports idols, choosing the music to be played when your team scores a goal, or voting on the design of next year’s team strip.

Socios.com has now partnered with over 170 sporting clubs across 25 countries and 10 sports, including American football, soccer, basketball, cricket, esports, ice hockey, mixed martial arts, motorsports, tennis and rugby. Eighty of these organizations have already launched their official fan tokens on the Socios.com app, and it has high-profile deals with giants, such as Manchester City, Barcelona and the Aston Martin F1 Team. 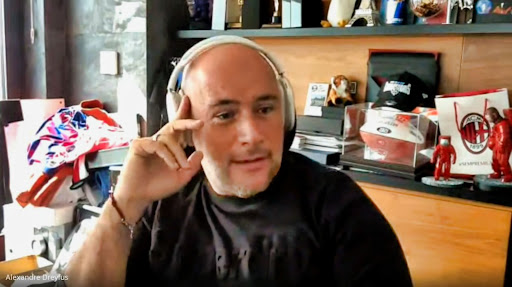 Socios boss’ goal? To knock crypto out of the park

Party-to-earn: Blockchain breaking down the doors in electronic music community

With access getting more exclusive and ticket prices rising, electronic music fans are at the heart of a new push to rebalance the scene.