Bitcoin (BTC) is seeing some of its oldest coins come back to life after a decade lying dormant.

The latest on-chain data reveals that two-year BTC price lows have reawakened the most ancient part of the supply.

As BTC/USD returns to levels not seen since Q4 2020, questions are arising over how long-term holders will respond.

The on-chain picture is mixed — the dormant supply is aging, but certain old hands are showing signs of wanting to sell at current prices.

The latest piece of the puzzle comes in the form of BTC returning to circulation after remaining in the same wallet for at least ten years.

Little is known about the origin of the coins and the motive behind them coming back to life. The movements were noted by Philip Swift, creator of on-chain analytics resource LookIntoBitcoin.

“We saw the movement of some VERY old coins last week. Coins that had not moved onchain for +10 yrs,” he commented on social media on Sept. 27. 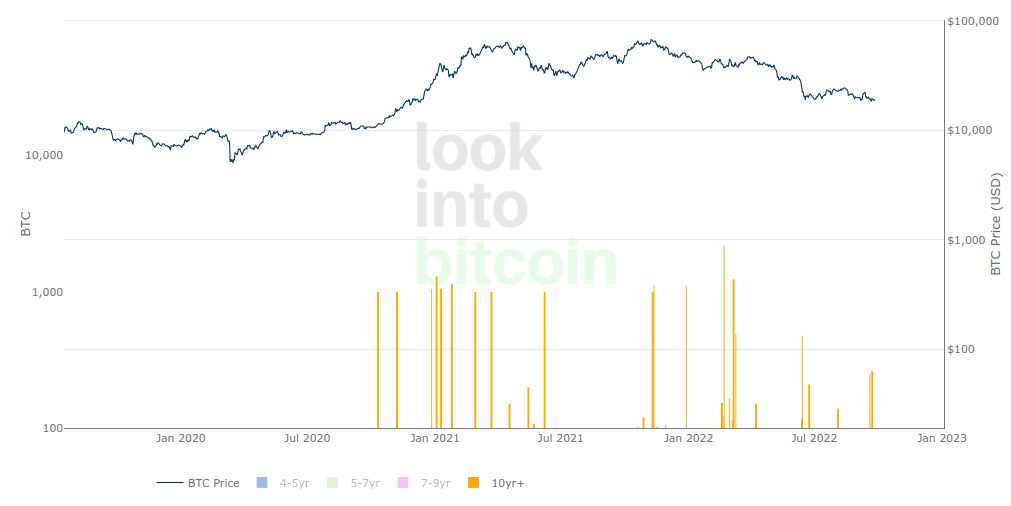 At the same time, separate data from on-chain analytics firm Glassnode has confirmed that more of the BTC supply has now been dormant for a decade or more than ever before. 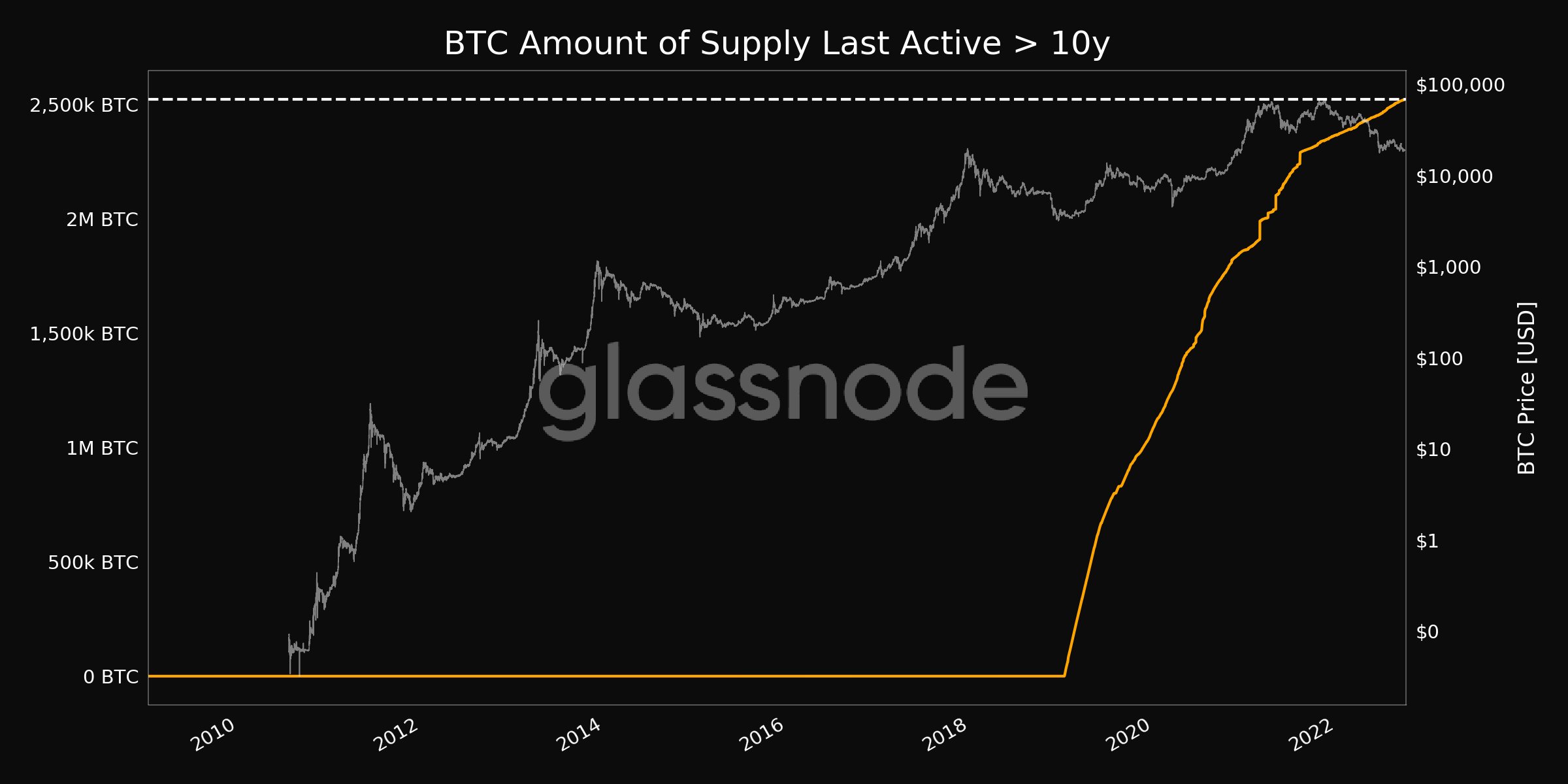 Cointelegraph has been closely monitoring the movements of old coins as the latest Bitcoin bear market takes hold.

Late August, for example, was marked by 10,000 BTC suddenly moving on-chain, leaving its wallet for the first time since 2013. At the time, concerns even linked the stash to defunct exchange Mt. Gox, a theory later disregarded.

According to LookIntoBitcoin, meanwhile, Bitcoin’s June lows saw a larger tranche for 10-year+ coins moving in a single day, with 477.80 BTC recorded on June 14. 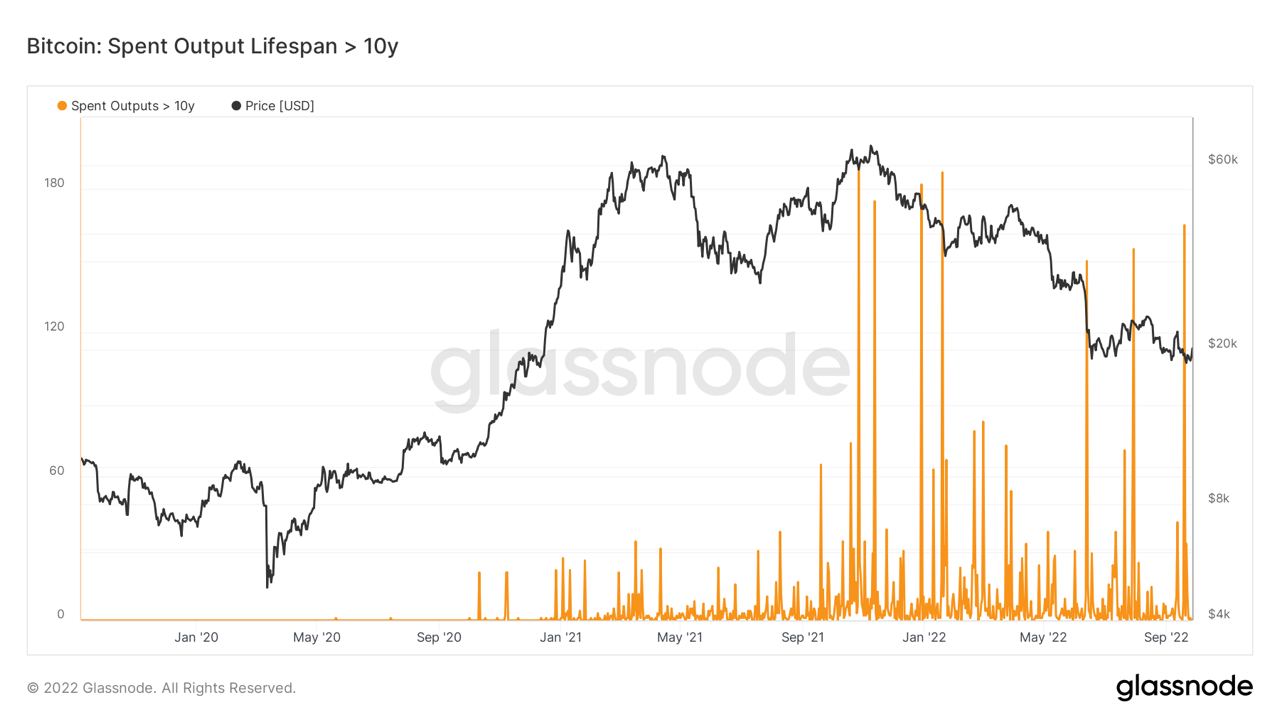 The views and opinions expressed here are solely those of the author and do not necessarily reflect the views of Cointelegraph.com. Every investment and trading move involves risk, you should conduct your own research when making a decision.